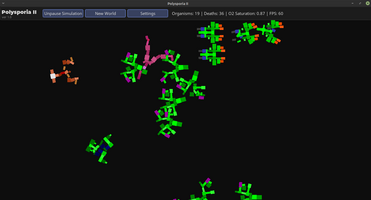 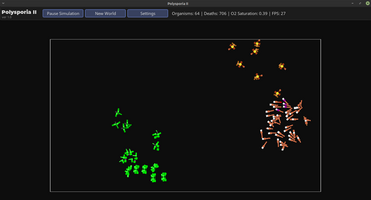 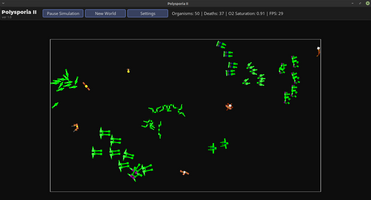 Just released Polysporia II. This is the sequel to the first version.

It's a swarming evolution simulator that simulates microbial life. I will be adding gameplay gifs, graphics, and continuing to do updates to add more features. The sequel is 100% rewritten and redone code. So, it takes the same concept but is implemented differently. It uses physics and runs much better than the first version. There are also interesting additions such as venom, easy menus, and species classes.